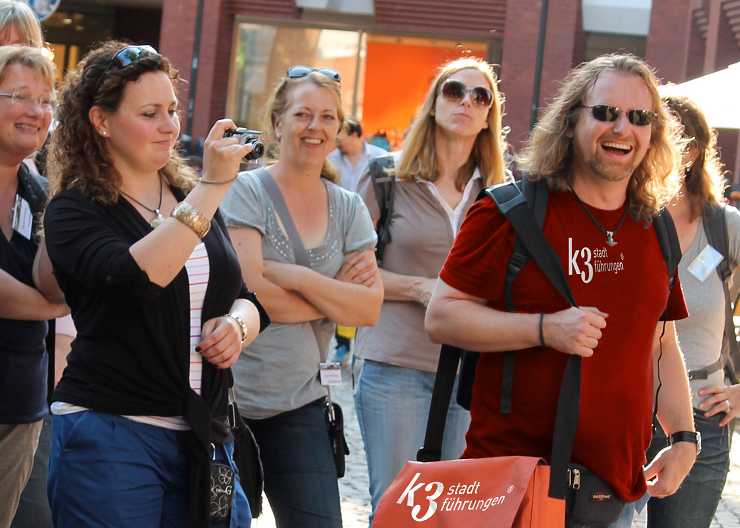 Join us for a stroll through over twelve centuries of European history embedded in a vibrant and modern city. Learn how it all began with the small Saxonian settlement of ‘Mimigernaford’ where missionary Liudger founded a monastery and built a predecessor of today’s St. Paul’s cathedral. The square in front of the impressive sacral building bustles with life, especially on Wednesdays and Saturdays when the vast farmers market attracts locals and visitors alike. While the abundance of fresh produce and flowers may evoke impressions of paradise, actually getting there will only take a few more steps to the cathedral’s narthex, which is in fact called ‘Paradise’.

Outside the Cathedral a quite unusual crucifixion group introduces some of the key figures in Münster’s religious history. Meet Cardinal von Galen standing underneath the cross with some of his sermons against the Nazi-regime which earned him the moniker ‘Lion of Münster’. Seated aptly aside is Jan von Leiden, self proclaimed king of Münster and one of the notorious Anabaptists’ leaders.

This reformatory movement, originating in the Netherlands in the 16th century, has left its marks on the city. Take for example the “Überwasserkirche” which to this day remains as headless as the statues flanking its entryway. Listen to the fascinating tale of the Anabaptists’ reign which found its ghastly end in the famous cages still hanging from St. Lambert’s Church.

The adjacent ‘Prinzipalmarkt’ (= ‘main market’), with its picturesque pediments and arcades almost had been completely destroyed during World War II. It has since been restored to its former glory and once again bears witness to the struggles between merchants and clergy seeking to stake their claim on the city’s fortune.

Following the ubiquitous cyclists down the lively boulevard we reach the historic City Hall, an outstanding landmark in European History. Hear about the tense and eventful negotiations which took place in this very building before finally resulting in the Peace of Westphalia in 1648. This series of treaties put an end to the Thirty Years War and has shaped the face of Europe as we know it today. 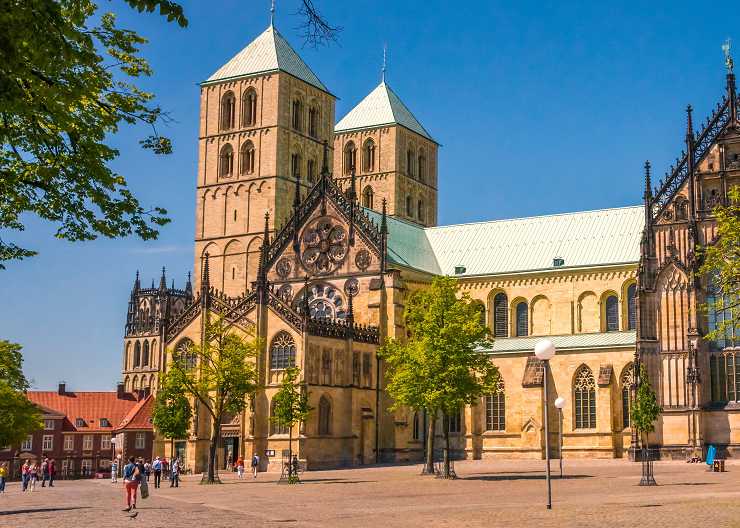 Booking a tour for your group 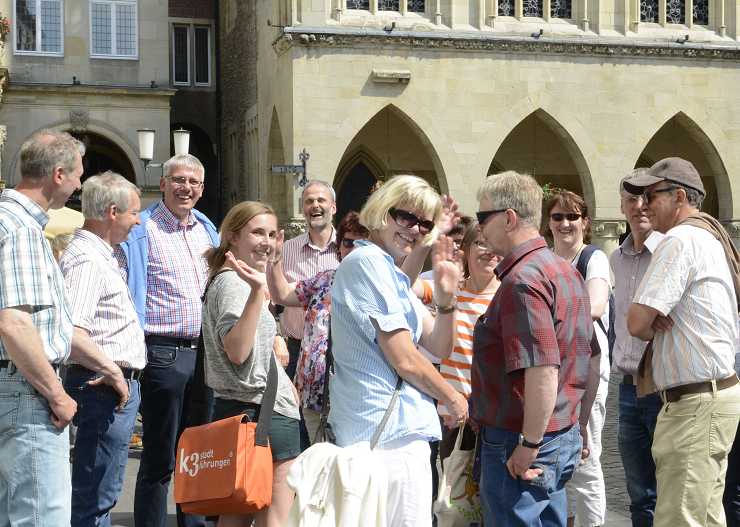 When we receive your request for a reservation, you will first receive an email from k3 stadtführungen Münster that confirms receipt of this request, and later a confirmation of reservation. Your reservation will not be valid until this confirmation has been sent.

Changes can be made up to six days before your guided tour of Münster at no additional charge. If you wish to change the time and/or meeting place less than five days before the tour, we will charge you 20.00 € for this change. Then, the time of day may only be changed by at most two hours (either way). 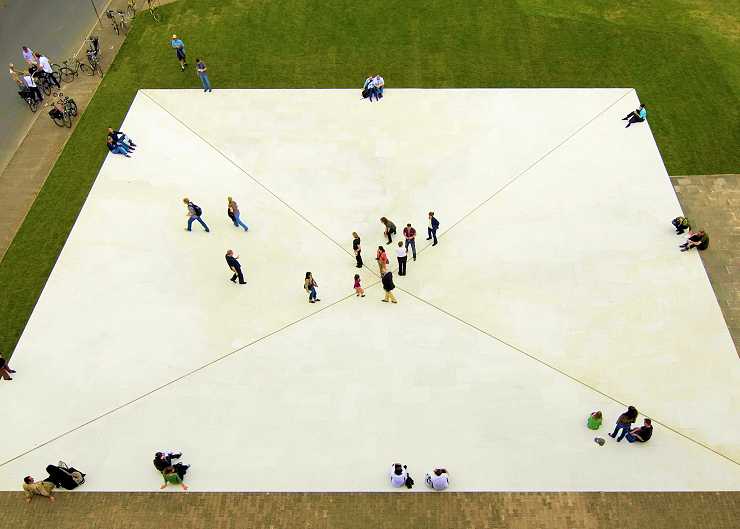 Visit exhibits from 40 years of “Skulptur Projekte” and discuss them with your guide.

Book an English speaking guide for a tour of your choice. 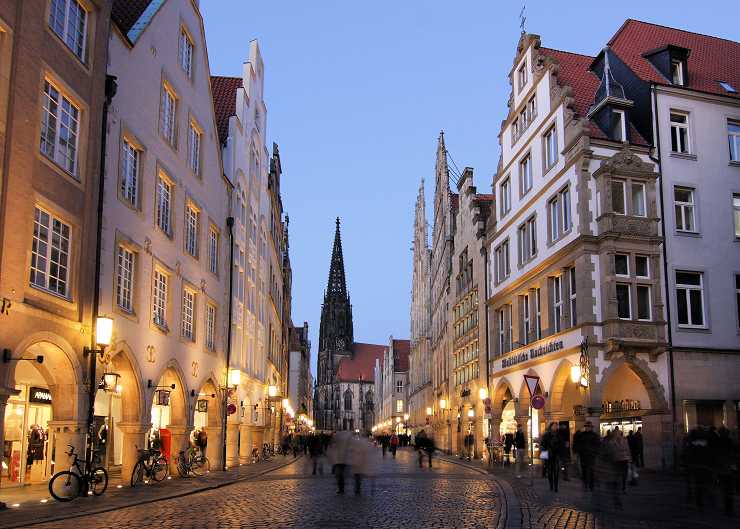 Leisurely stroll through the beautifully illuminated old town and enjoy Münster in the evenings.

Would you like to experience the culinary deligths of Westphalia in addition to your sight seeing tour? We offer a wide range of all-inclusive arrangements to experience local landmarks and cuisine alike.

Last Saturday we really enjoyed the guided walking tour. The tour was amazing and our guide did really well with her fluency in Dutch.